AFEC has participated, by fifth consecutive edition, with a stand grouped in the Fair MOSTRA CONVEGNO, that has been celebrated in Milan from the 27 to March 30, 2012.

In this edition, just like already was done in the previous edition has opted for a simpler stand, in order to optimizing to the maximum the financial resources. Even so has counted itself with a stand of design, with a surface of 135 m2 And with an excellent location, since he was found situated in the central zone of the building 15 of the exhibition site of Rho-But.

In its decoration they were included, jointly with the logo of AFEC and the of the participating businesses, the corresponding to ICEX, Institute of foreign trade and in depth FEDER, European Funds of Development, since in spite of the fact that, in principle, the cited Institute did not contemplate any aid for this activity, from AFEC diverse meetings with their representatives were maintained, until obtaining that, finally, ICEX approved a subsidy for this participation It grouped, what involves to include in the decoration of the stand them cited logos.

Because of the contest, a pamphlet was concocted, that was delivered to the visitors to the stand grouped, in which a brief introduction of the Association was collected and a page was dedicated to each one of the participating businesses in which its range of products was emphasized. 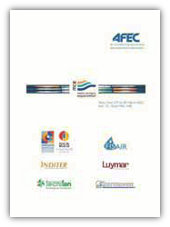 On the part of AFEC, they were maintained during the contest contacts with other European Associations, with representatives of other fairs and diverse visits to the stands were carried out of some of the present associated businesses in the contest, being maintained, likewise, contacts with other businesses of the sector and with journalists of diverse technical, so much national as international magazines.

Once it finalized the contest, the businesses should compliment the opportune documents that AFEC will present to the ICEX, jointly with another documentation, so that once revised and approved by the auditors they proceed to the payment of the subsidy granted.

The businesses exhibitors, in the stand grouped of AFEC, they have valued of very positive form their participation in the contest, declaring their satisfaction with the quantity and above all with the quality of the visitors. 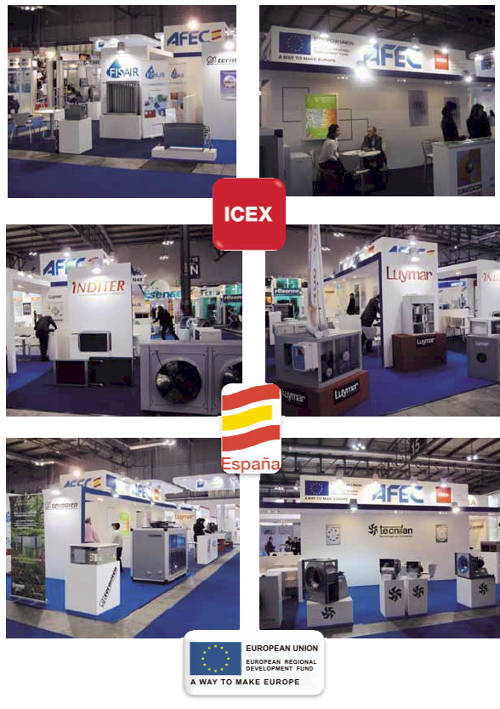